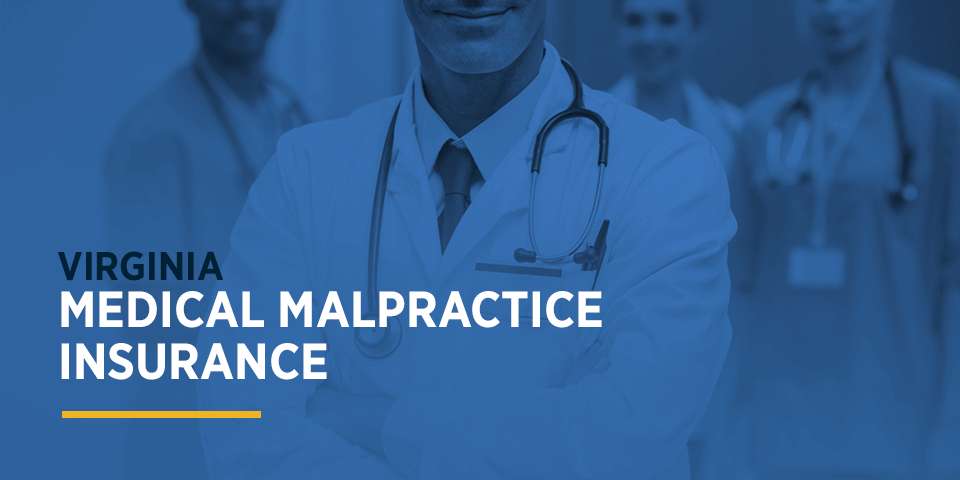 1. Does the Law Require You to Carry Malpractice Insurance in Virginia?

2. How Much Malpractice Insurance Do I Need in Virginia?

How much malpractice insurance you'll need in Virginia depends on your location and specialty. For example, you'll need more coverage if your practice area is higher-risk.

3. How Much Are Virginia Malpractice Insurance Rates?

Your malpractice insurance rates will depend on your county, specialty, history with claims and the amount of coverage you'll be carrying. By partnering with Gallagher, you'll receive access to the most competitive rates in the industry.

Virginia was among the first states to enact tort reform to help protect their physicians. During the nation's first malpractice insurance crisis, the Virginia General Assembly approved the Medical Malpractice Act of 1976, which limited damages to a maximum of $750,000. This law has helped create a stable malpractice insurance environment in Virginia for more than 40 years.

Lawyers have tested the cap several times in court, and it has held up each time. It also includes a $350,000 cap on punitive damages and the option for either party to request a medical malpractice review panel. The cap in Virginia limits the total payment, as opposed to the caps in many other states that only limit the non-economic damages (pain and suffering, physical and emotional distress, loss of enjoyment of life, etc).

While the insurance cap has stabilized the market, it has also protected physicians from any personal liability from malpractice insurance. Since there is a maximum cap for a lawsuit, Virginia physicians can insure 100% of their malpractice liability. In most other states, physicians carry a limit of $1 million per claim, but could be personally liable in the event the claim pays more than that amount in settlement or judgment. Since the per-claim limit follows the Virginia cap, Virginia physicians carry some of the highest malpractice limits in the nation. The most common limit for the remainder of U.S. physicians is $1 million per claim, with a $3 million policy aggregate. Physicians in Virginia carry a substantially higher per claim and policy aggregate limit as per yearly breakout below.

The following is a list of the top insurance carriers of medical malpractice insurance in Virginia:

Resource for Physicians in Virginia 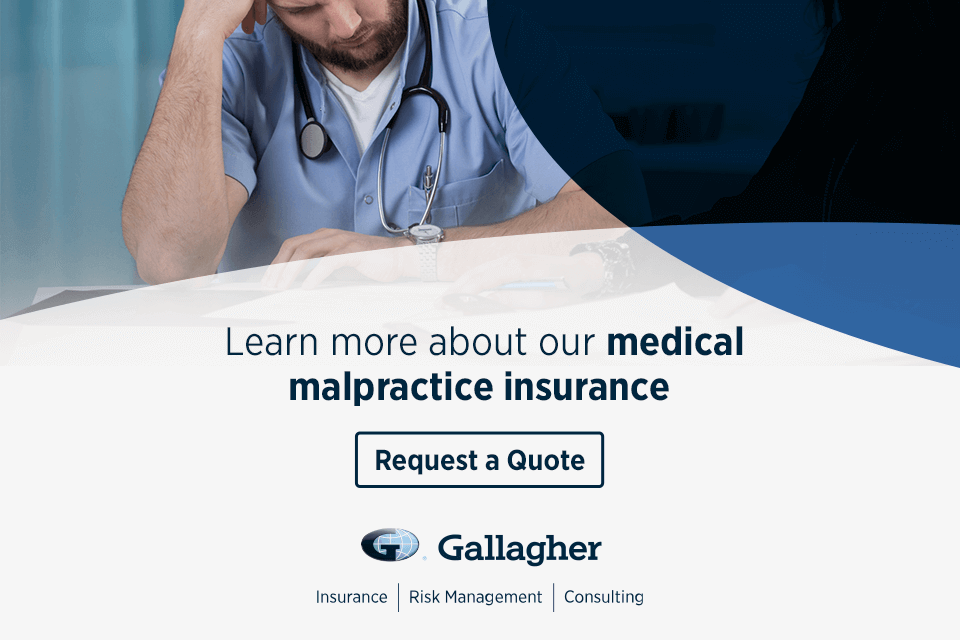 This chart compares the range of possible state filed medical malpractice premium rates by admitted markets and a few Gallagher Select markets broken out by the top 20 specialties in Virginia.

The map below provides a visual display of the nation and compares what a typical primary care physician might pay compared to each individual state and county. This research is based on the average rate for a single specialty, the most common limits in that state, and the mature claims made premium. The darker the blue, the higher the average premium, see how Virginia compares to other states.