Mississippi medical malpractice insurance is moderately priced in comparison to the majority of the rest of the states, although it hasn't always been so affordable. Leading up to 2003, Mississippi had been experiencing rapidly rising malpractice premium rates and a corresponding litigious legal atmosphere. As a result, many high-risk medicinal specialties (OBYGYN, Neurosurgery, Bariatrics, etc.) saw rapid decline, with doctors electing to relocate and practice in states with lower claim volume. In an effort to curb this trend, Mississippi passed impactful tort reform in 2002 (although it essentially took effect in 2003).

Thus far the tort reform has succeeded in accomplishing what it was set out to – decreasing claim suits, litigation, medical malpractice premium rates, and increasing physician retention. Since the passing of tort reform, the number of malpractice suits has plummeted by over 95% a year when compared to years prior to 2003. Decreased litigation has resulted in more insurance companies moving to the state, which has further driven down insurance premium rates. In fact, rates have continued to fall by at least 5% a year since tort reform took effect.

This chart compares the range of possible state filed medical malpractice premium rates by admitted markets and a few Gallagher Select markets broken out by the top 20 specialties in Mississippi. 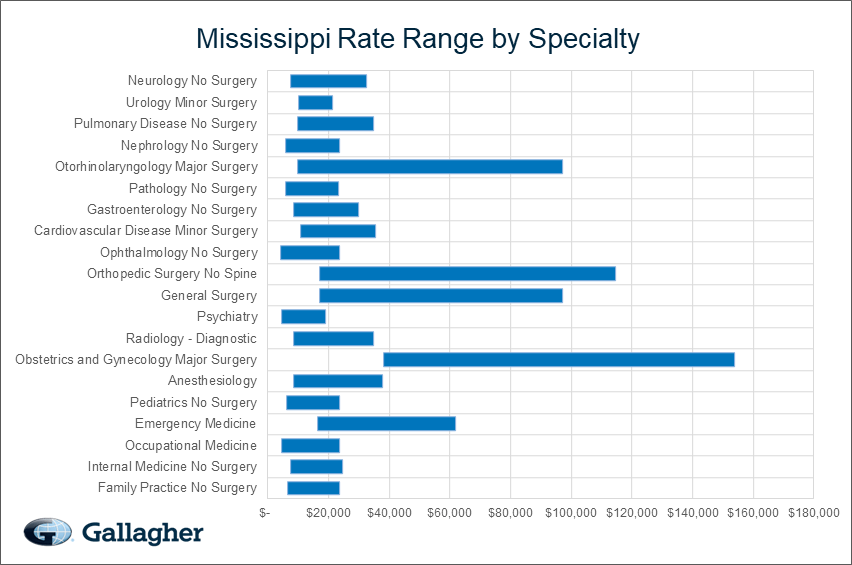 The map below provides a visual display of the nation and compares what a typical primary care physician might pay compared to each individual state and county. This research is based on the average rate for a single specialty, the most common limits in that state, and the mature claims made premium. The darker the blue, the higher the average premium, see how Mississippi compares to other states. 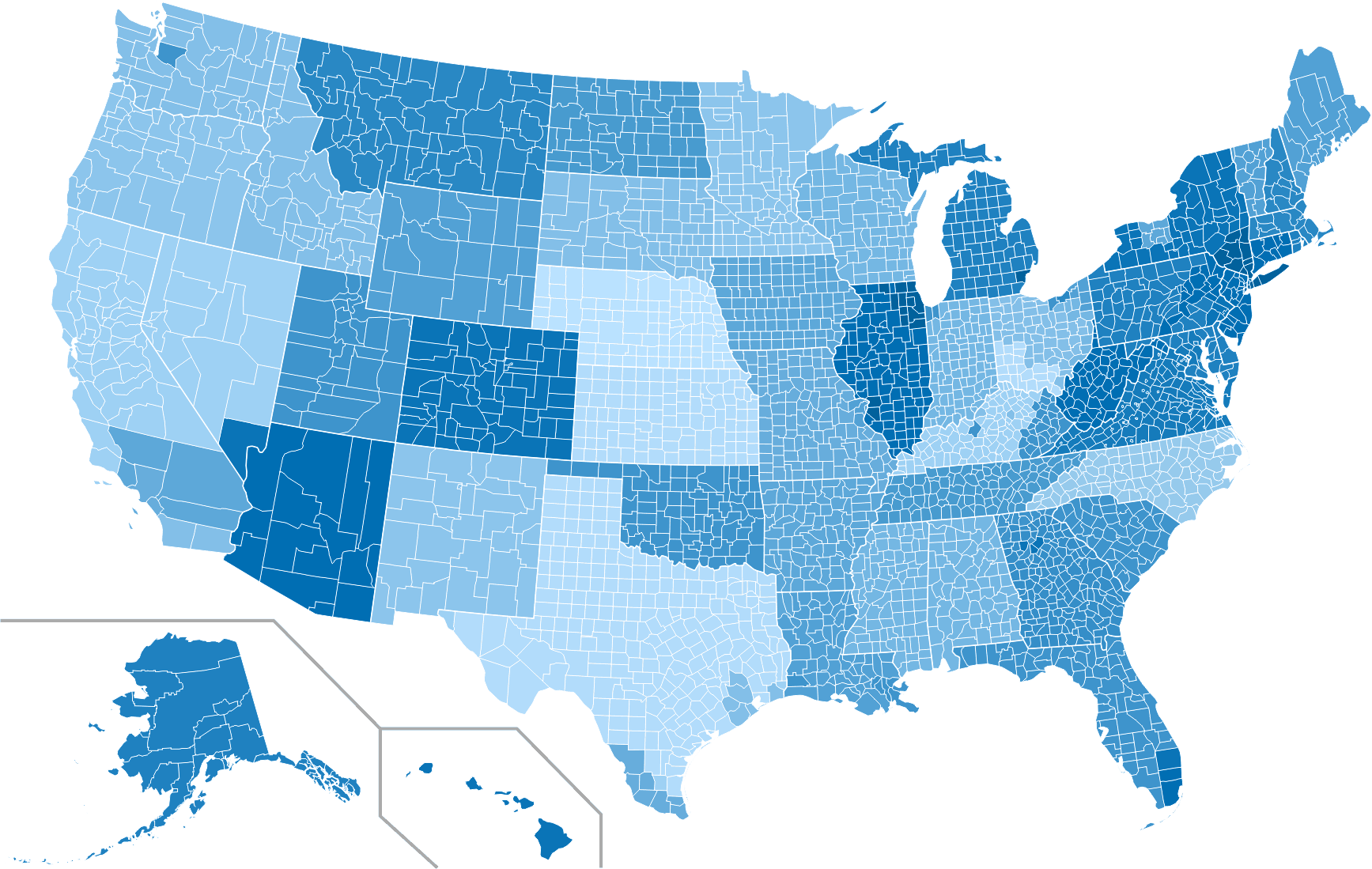 Get a Quote & SAVE